Puerto Rico Cocktail Week includes an extensive program of seminars and workshops that will be aimed at industry professionals as well as amateurs and lovers of great cocktails. It will have the participation of international speakers, such as Nectaly Mendoza from Herbs & Rye in Las Vegas, Ricky Gómez from Portland, and local speakers such as Miguel Miranda, co-founder of Muuaaa Design Studio. Keep reading to learn more about some of our guest speakers and click the link below to buy your tickets for these and many more seminars.

Amadis Rosa is the Brand Ambassador for Remy Cointreau. Besides being in the cocktail industry, Rosa is a fitness lover and a model. 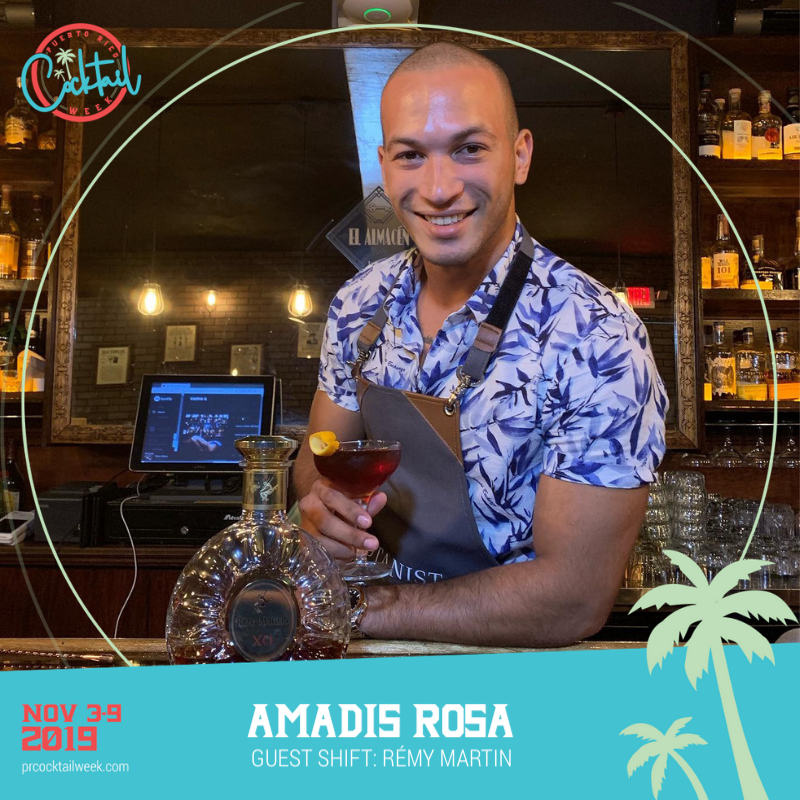 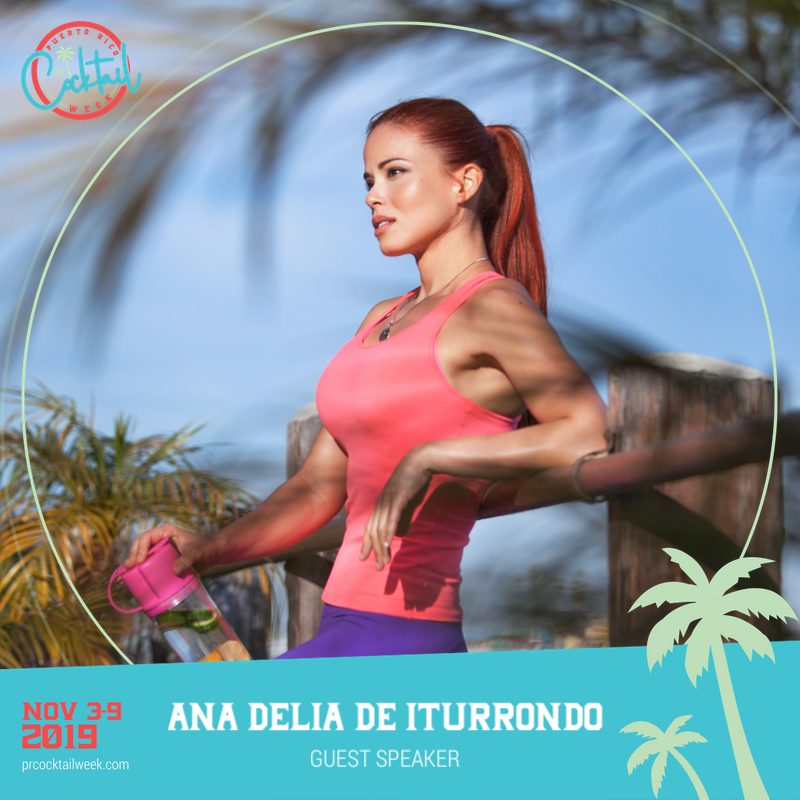 Ana Delia De Iturrondo is a Puerto Rican bikini athlete and fitness trainer. She has competed in numerous contests and earned her IFBB Pro Card. As well as this, she’s become a fitness icon, inspiring people around the world to chase their dreams. She has has competed at events like the NPC Team Universe Championships, Olympia Flex Model Search Contest, and NPC Team Universe Nationals. She has been featured in publications like GQ, Simply Shredded, and Muscle & Fitness.

bartender at Azabache Restaurant in Santurce, wanted to transport the Caribbean flavor and the beach atmosphere to Germany. He was the only Latino presenting a cocktail at the booth of Finlandia vodka at the most important spirits fair in Europe, the Bar Convent Berlin (BCB).

He is the Ambassador of The Perfect Serve Puerto Rico, an educational program for mixologists and beverage industry professionals. 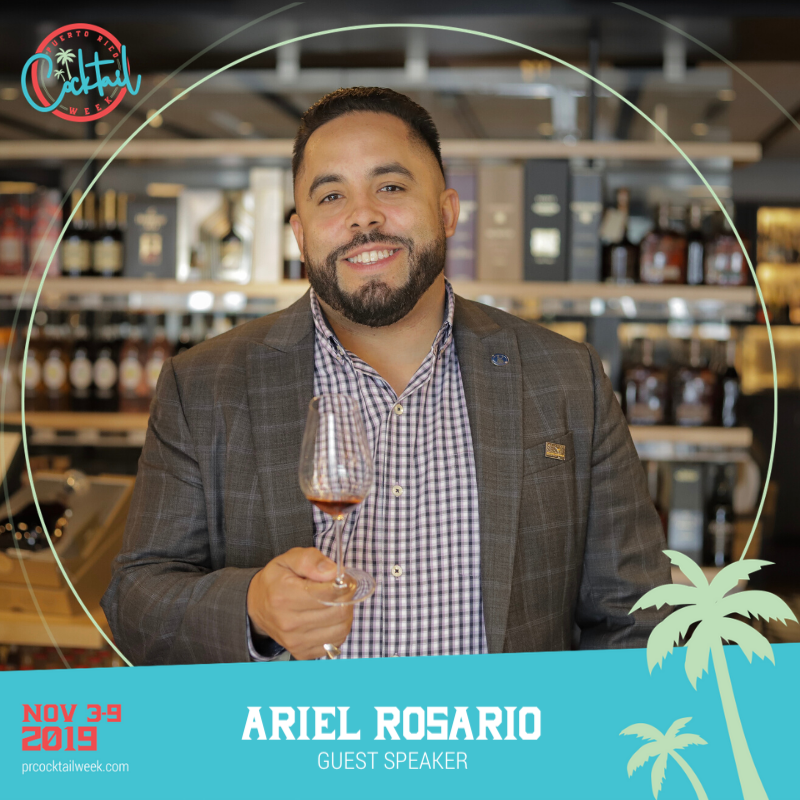 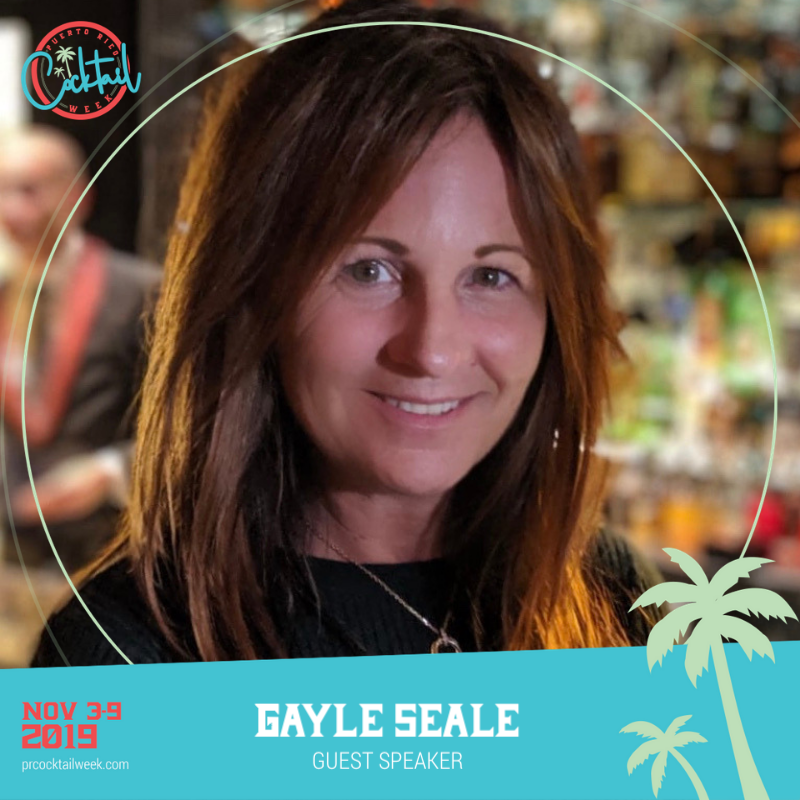 Gayle Seale moved to Barbados after visiting on a business trip in 1990, and has been living there ever since. A Rum Ambassador, Seale has been working full-time at her husband’s rum distillery in the island for years.

One of Imbibe magazine’s “25 Most Influential Cocktail Personalities of the Past Century,” Jeff “Beachbum” Berry is the author of seven books on vintage tropical drinks and cuisine, which Los Angeles magazine dubbed “the keys to the tropical kingdom.” Esquire calls Jeff “one of the instigators of the cocktail revolution,” and Food & Wine “one of the world’s leading rum experts,” while the New York Times cites him as “the Indiana Jones of Tiki drinks,” and the Los Angeles Times as “A hybrid of street-smart gumshoe, anthropologist and mixologist.” 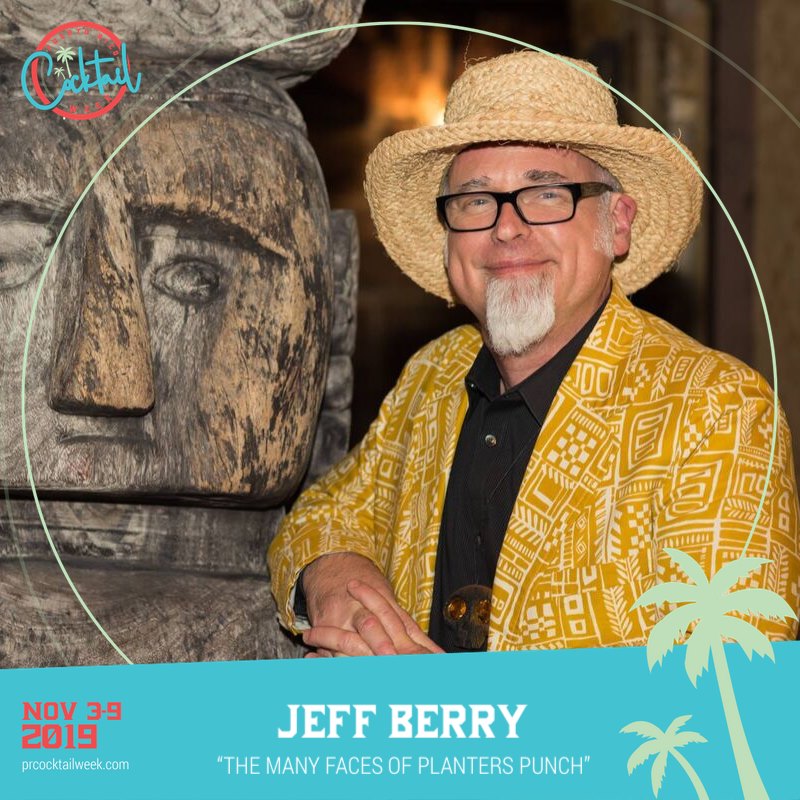 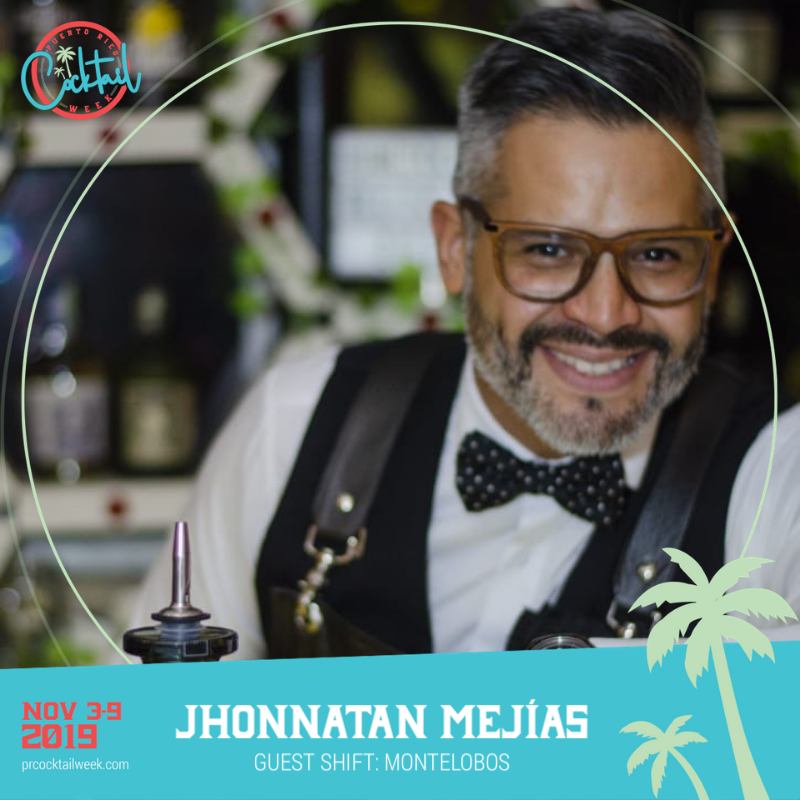 is a Venezuelan bartender who has a 15-year-old career in the industry. He has participated in more than 50 bartender competitions as a competitor or jury at the international level. He has been in the podium over 15 times as Champion or Runner-up, winning a Bronze Medal for Venezuela in his last tournament in the Presidents Cup in the Framework of the Pan American Cocktail in Colombia. He is currently the ambassador of Mezcal Montelobos in the Caribbean and Latin America.

began collecting beer bottles as a child and today is multi-awarded by his cocktail company. He began venturing into cocktails to appease the flavors of alcohol, and his first experiences were family birthdays. His drinks became famous, and a friend of his mother advised him to specialize. At 18, he took his first bartender course. He was fascinated with what he learned, to the point that, in 2008, he created his own company: Lo Hacemos Bien. This started off with social and corporate events and festivals, but now they added the multimedia platform to get closer to people.

This year he received the Sustainability in the International Beverage and Cocktail Industry award, granted by Tales of the Cocktail with the aim of celebrating those who incorporate sustainable habits into their work and change the rules of the beverage industry . 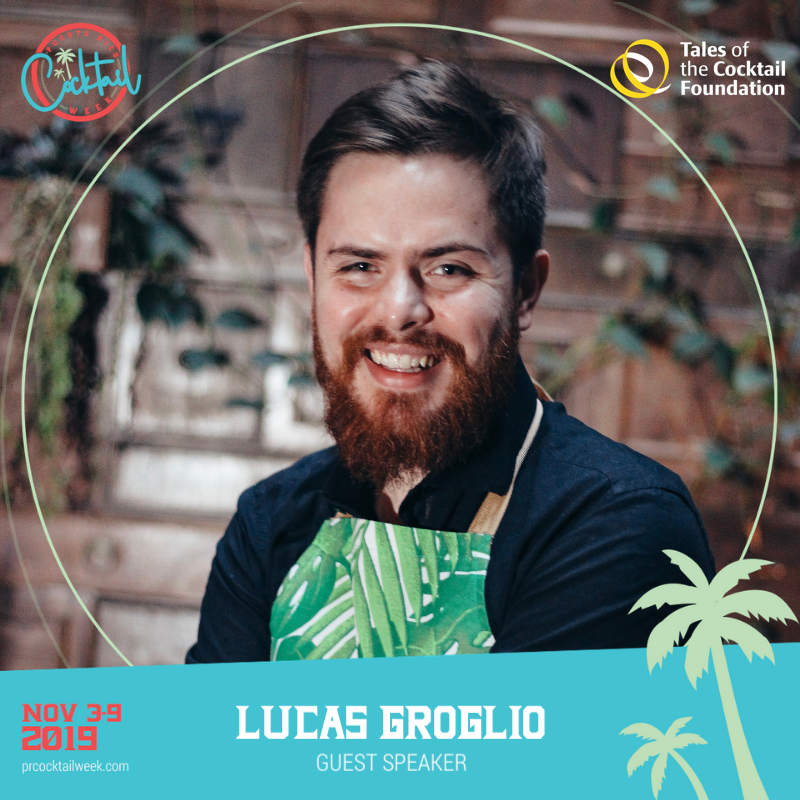 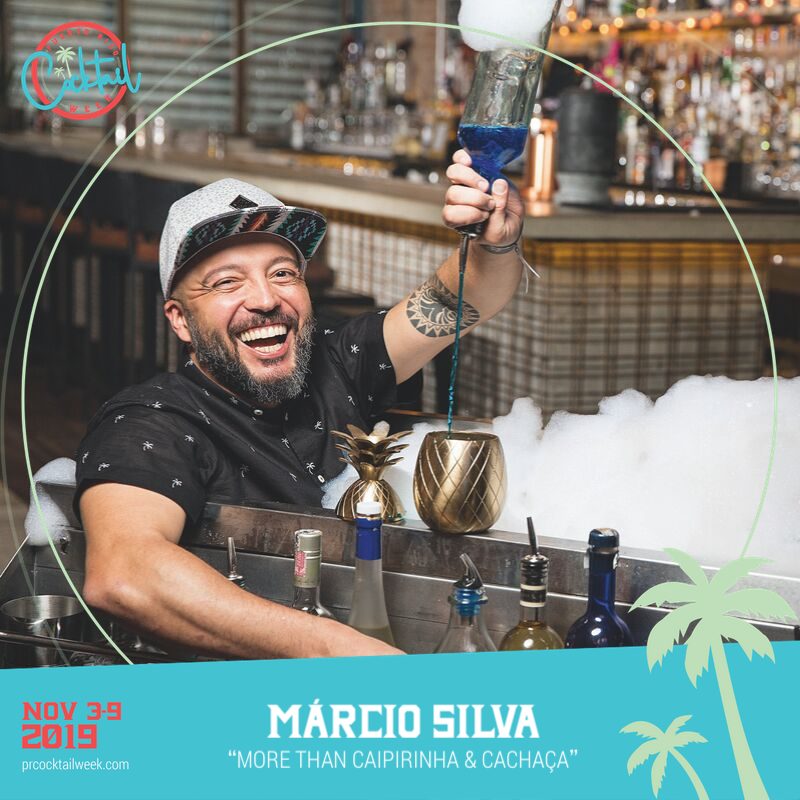 was born on the south of Brazil, but was raised in London, where he started bartending in 1999. The first time that he returned to Brazil was in 2004 as an international trainer for Diageo. In 2009, he returned and opened Subastor in São Paulo, which was a huge success leading him to become the global ambassador for Yaguara Cachaça. After that, in December 2016, he opened Guilhotina in São Paulo, where he felt his vision had come true. The purpose of Guilhotina is not only to make great cocktails, but to give tools to bartenders to succeed in life and become prosperous.

After years in Finance, Michele Willard was wooed away by her love of the craft of cocktail making, genuine hospitality, and all things agave. Her passions eventually led her to the top of the San Diego Craft Cocktail Movement, wherein she has overseen some of the most financially profitable, trend forward, and exciting concepts throughout San Diego. After shifting her focus to spirits education, Michele was hired by Back Bar Project as their Southern California market manager. After a year with Back Bar Project, Michele was promoted, and moved across the Country, as the South East Regional Manager for the importer. Now, fully developed in her role, she prides herself on educating others about Back Bar Projects specialized portfolio. 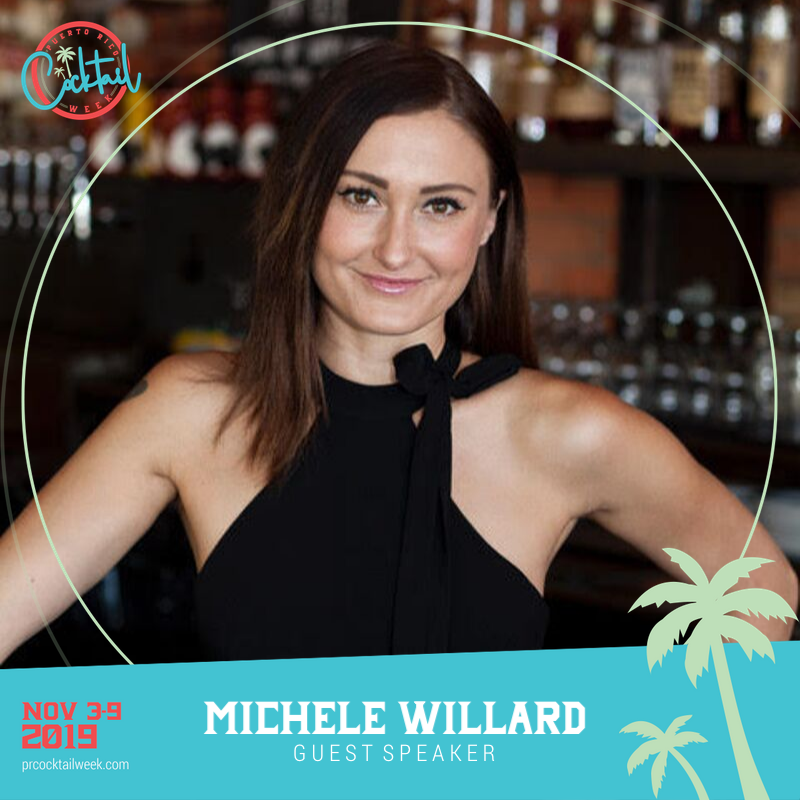 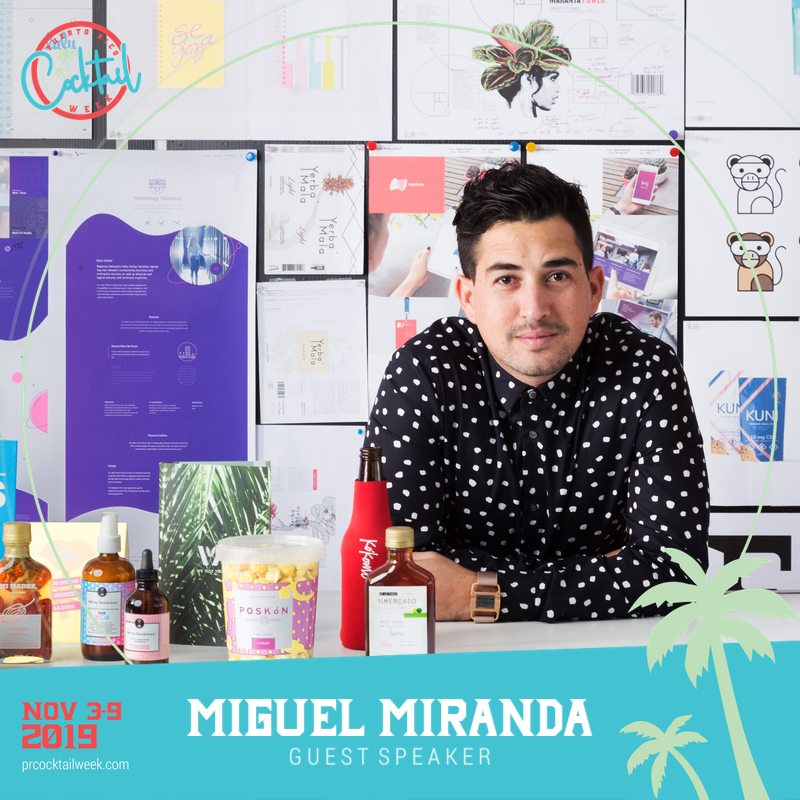 is the Design Director and Co-founder of Muuaaa Design Studio. Overseeing multiple design projects, of both local and international brands, his background in architecture has allowed him to fluctuate from 2-dimensional to 3-dimensional projects, from the creation of iconic identities to the development of product and retail design.

He earned a Master’s degree at the Architectural Association School of Architecture in London. His obsession over the future of identities can be traced back to all his years’ work, which has molded him into the brand specialist he is today. Recently, Miranda was selected amongst one of the “Most exciting and ambitious designers in the world” by the London Design Biennale.

is the owner/operator of Herbs & Rye as well as Cleaver – Butchered Meats, Seafood, & Cocktails in Las Vegas, Nevada.  With close to 20 year’s experience, Nectaly has become one of the industry’s most sought after and respected bar owners of our time.  He is known by his peers as not only one of the industry’s most talented bartenders, but also as one of the most respected mentors to date. Nectaly’s leadership, drive, passion and determination has landed him and his team some of the industry’s most sought after and respected accolades to date. Just to name a few: NCB Bartender of the year, Top 100 Bars in the world, 2 x Best High Volume Bar and Best Bar Team in America at Tales Of The Cocktail &  Worlds Best Bars Travel & Leisure. 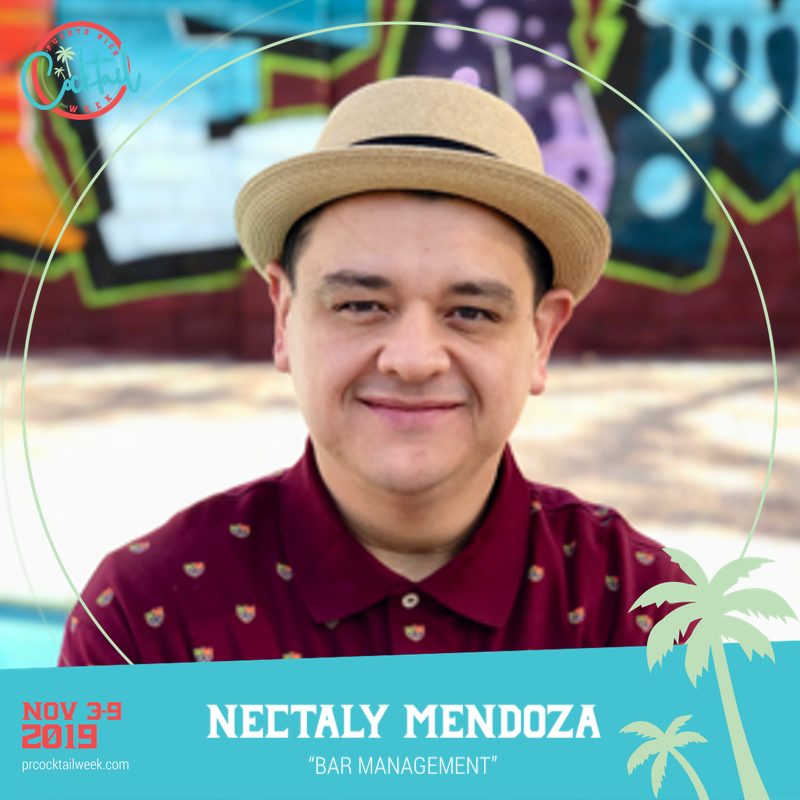 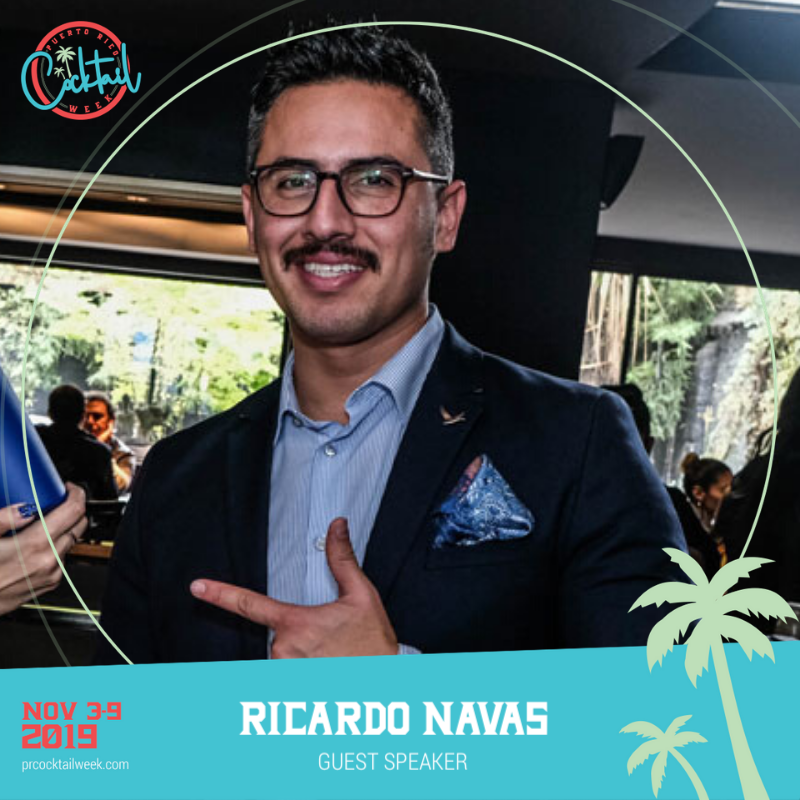 is a Mexican bartender and brand ambassador for both Grey Goose vodka and Bombay gin. He is also Bar Chief of the Liman Tour bar in Mexico, awarded #14 according to the international ranking of the World’s 50 Best Bars.

Like the cocktail, Ricky Gómez was born in the Southern city of New Orleans, Louisiana. Following the tragedy of Hurricane Katrina, Ricky’s passion for great cocktails strengthened with the reopening of New Orleans landmark restaurant, Commander’s Palace. There, Ricky learned the importance of fresh ingredients and helped perfect recipes inspired by pre-prohibition era cocktails to pair with the restaurant’s seasonal menu. Ricky was also part of the opening team at Cure, one of the most critically acclaimed cocktail destinations in the country. During his tenure, Ricky harnessed his creativity, style and palette to demonstrate the art of the crafted cocktail through both classic and innovative recipes. 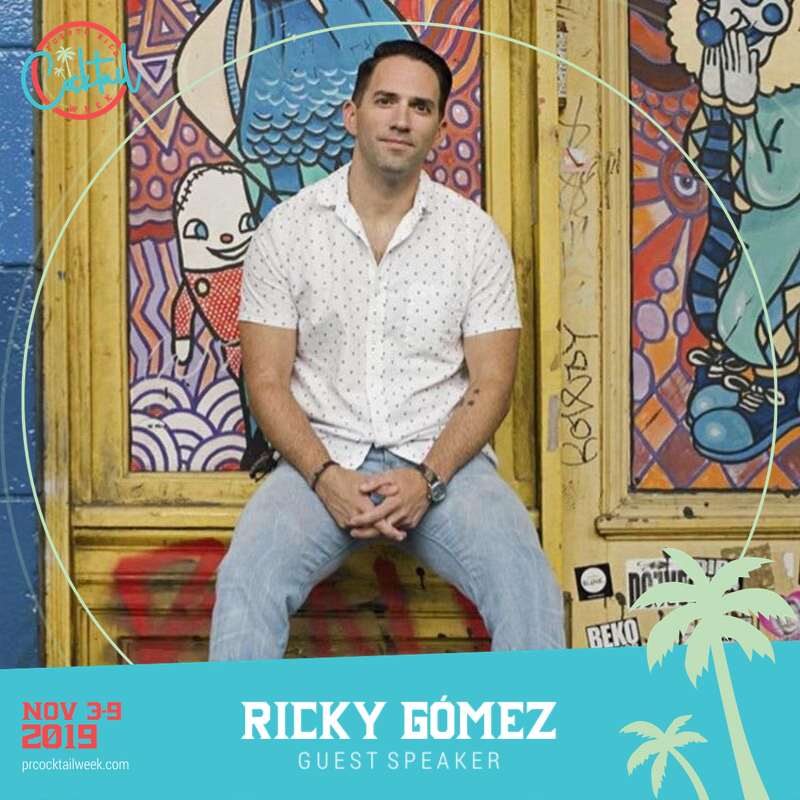